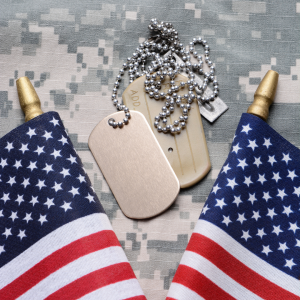 As an Army veteran, Tyrone has always been committed to serving the community. After his military service, he continued to offer his support by building accessibility ramps for other veterans. When an injury took him off of his feet, Tyrone decided to participate in a program at the VA Hospital that helps veterans learn valuable skills they can use in the workforce. During this time, Tyrone was connected with his employU Employment Specialist, Angela.

After learning that Tyrone was being trained in warehouse and stocking, Angela began looking for a job that would allow Tyrone to utilize these new skills. In late August, Tyrone started working part-time as a self-checkout associate at Walmart. Three weeks later, he received another job offer, this time at the Malcolm Randal VA Hospital!

In October, after weeks of paperwork and orientation, Tyrone started his position as a Supply Tech at the VA hospital and continued working part-time at Walmart. He is excited about the opportunity to give back to other veterans through his new role with the VA. Working alongside a supportive staff, Tyrone says he feels like he has found a place to call home.  employU would like to thank Tyrone for his service to this country and congratulate him on all that he has achieved! For more information on employU’s adult employment services click here.