Achieving Dreams One Step at a Time: Kurt’s Story

Achieving Dreams One Step at a Time: Kurt’s Story 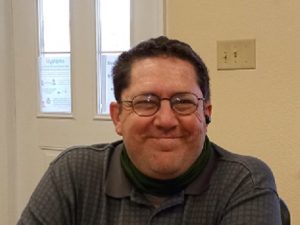 Kurt has always pictured himself working in an office setting. When he was younger, he would imagine working at a desk, typing on a computer, and assisting others on the phone. Working towards this goal, Kurt went to Wright Business School where he graduated in 2001 with advanced honors and earned an AA degree in Office Administration/Data Entry.

After several years of applying to office jobs with no luck, Kurt decided to apply for work outside of his desired field. He tried working in several different industries and businesses including a rental car business, fast food chains, warehouses, and Walmart but still knew the career for him would include an office environment. In the meantime, Kurt also worked for Uber as a rideshare driver. After several instances of his van breaking down, Kurt switched to driving for Uber Eats Delivery. With minimal income from Uber Eats and the van needing more repairs, Kurt knew he had to make a change quickly, before he was left without any transportation at all.

Eager to find employment that did not rely on using his van, Kurt was referred to employU where he met his Employment Specialist, Kellie. Kellie broke down the steps to becoming employed into smaller steps that Kurt felt comfortable making. This approach helped Kurt realize his dream of working in an office was completely attainable. Kellie was able to find Kurt an On-the-Job Training (OJT) at Lakeland Volunteers in Medicine. Feeling confident and on the right track after completing his eight-week OJT, Kurt and Kellie continued the job search hoping the added experience from Lakeland Volunteers in Medicine would allow Kurt the opportunity to work in the environment he had always dreamed of.

After a couple of months, Kurt received a call for an interview with GC Services. Right away he had a very good feeling that this could be the job to change his life. After acing the interview, Kurt was offered the position of office clerk at GC Services. As part of his job, Kurt takes calls from customers and assists them in resolving financial issues. With empathy and compassion, Kurt finds joy in helping others work through financial challenges since he’s worked through his own in the past.

Kurt has truly found his dream job and states that he hopes to work for GC Services until he retires. What’s another dream that Kurt hopes for now that he’s achieved this one? Traveling to the British Isles to reunite with long-lost relatives – something that is now a possibility due to his success at GC Services. With Kurt’s persistence and determined mindset, we don’t doubt that he will achieve that dream as well. For more information on our adult employment services visit https://employu.org/adult-employment-services/