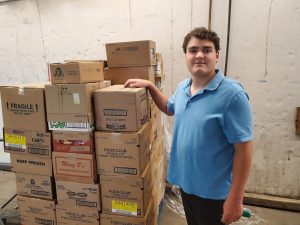 Sometimes seeing someone succeed can inspire others to take steps to achieve their own goals. This was the case with John who came to employU after seeing the success his brother, Joseph, experienced as an employU client.  After having a challenging time finding employment on his own, Joseph was referred to employU.

Soon after meeting Steven, Joseph’s Employment Specialist, they started applying to jobs and following up with employers. It didn’t take long for Joseph to land an on-the-job training (OJT) with Grocery Outlet. Two months into this training, he was offered a job. The store manager, Mike, said that Joseph is a good worker and is willing to learn anything they want to show him.  Additionally, Joseph recently received a promotion and is now performing the store opening duties and working close to 40 hours per week! 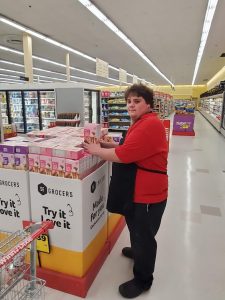 After seeing Joseph accomplish so much, John decided to take his career journey to the next level and give employU a try. John was employed at Hardee’s but really wanted to pursue different types of employment that offered more opportunity for growth and long-term employment. Steven, who was also John’s Employment Specialist, took John to follow up on several leads shortly after meeting him. In just a few weeks John had interviews with both Walmart and Winn-Dixie. Receiving employment offers from both companies, John decided to accept a stocking position with Winn-Dixie.

He enjoys his job and the organized and professional atmosphere of the workplace. With his supportive managers Martin and Garrett, John quickly acclimated to his new position where his co-workers state they enjoy having him on the team. We are honored to have been a part of both Joseph and John’s career achievements and know they will continue to thrive on their journeys. For more information on our adult employment services visit, https://employu.org/adult-employment-services/ or contact us using the form below.