A Successful Journey on a New Path: Mike’s Story

A Successful Journey on a New Path: Mike’s Story 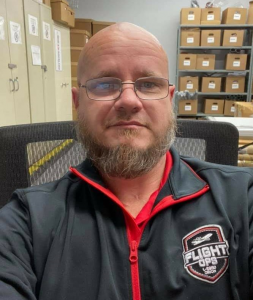 Mike is an Air Force Veteran who returned from service as a Senior Airman. A Munitions System Journeyman who taught CDL driving, Mike pursued a career in CDL driving until his life was changed by an accident. Though his body was still healing when Mike came to employU, he was adamant that he wanted to work. His Employment Specialist, Angela, was determined to help Mike get back on his feet by finding a career path for him.

After some time searching, Mike landed an interview with MHD Rockland, a company that provides aircraft parts to both military and commercial fleet operators and repair stations around the globe to reduce downtime and extend operations. Talk about a great fit! After practicing his interview skills with Angela, Mike successfully interviewed with MHD Rockland and was hired as a full-time warehouse assistant.

Continuing to work this essential position throughout the pandemic, Mike has become an integral part of the team and is considered a top-notch employee who endeavors to make sure his work is impeccable. Commenting that Mike is the warehouse “main man”, Mike’s supervisor recognizes what a valuable asset he is to the team.

After receiving his forklift certification, Mike has taken on the role of managing the inventory, distribution, and delivery of parts. He works independently as he runs the operations within the warehouse. “The best part of it all is seeing the happiness and commitment to the place that gave him a second chance,” says Angela.

Mike’s position at MHD Rockland has served as more than a job. It has become the stepping stone to achieving other life goals. Recently, Mike bought a car and moved into a beautiful new home with his fiancée. employU is proud of Mike for all of his hard work and are honored to have been a part of his successful journey.