What is National Deaf History Month?

What is National Deaf History Month?

What Is National Deaf History Month 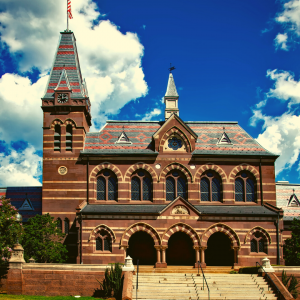 The first and only higher education institution for deaf and hard-of-hearing students, Gallaudet University, was founded. To this day, Gallaudet University is the only university in the world where students learn in American Sign Language (ASL). In Washington D.C., the university was originally established in 1857 as a grammar school for both blind and deaf children.  Today, it is still the only higher education institution where all services and programs are designed to accommodate deaf and hard-of-hearing students.

On this date, I. King Jordan became Gallaudet University’s first deaf president. A student-led protest, Deaf President Now (DPN) began on March 6, 1988 after the Board of Trustees announced it had decided to appoint Elizabeth Zinser, a hearing candidate, to president over deaf candidates I King Jordan and Harvey Corson. The protest shut down campus and was backed by alumni and faculty. The protestors had four demands which were as follows;

The protest concluded once all four demands were met on March 13,1988. The impact of DPN was profound. DPN not only brought about social and legislative change in the United States, it instilled a deep sense of pride in deaf and hard-of-hearing individuals.

Years later, legislative change was still being made due to DPN’s impact. Such as the Television Circuitry Act of 1990, which required that all televisions with screens 13 inches or greater in size be equipped with a built-in decoder chip to display closed captioning. This was passed to not only accommodate the deaf and hard of hearing community, but also bridge the gap between the deaf/HOH and the hearing.

At employU, we understand how important it is to bridge this gap between communities. Because of this, we are now offering ASL Interpreting Services for all settings and situations. Whether you’re looking for personal, virtual, or event ASL services, we have interpreters who are certified in specialties to be able to provide ASL interpretative services in various situations.  For more information on ASL Interpretation Services visit https://employu.org/asl-interpretation-services/